How to improve the CO2 laser damage resistance of Fused Silica Precision Lenses?

Fused Silica is an amorphous state of silicon oxide. It is a typical glass. Its atomic structure is long-range disordered. It provides its high use temperature and low thermal expansion coefficient through three-dimensional cross-linking. As a Fused Silica Precision Lenses Supplier, share with you.

Improving the laser damage resistance of Fused Silica Precision Lenses are the main element that guarantees the load capacity of high-power solid-state laser devices. However, laser-induced damage on the surface of optical components is still a big "bottleneck". 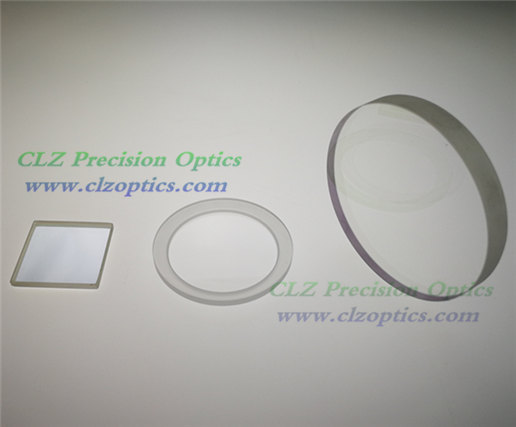 (3) In-depth research on the method of repairing chronological scratches on fused silica optical elements, the results show that: for the dense scratches on the surface of optical elements, in order to ensure the repair effect, the CO2 laser power is gradually increased from low to high for multiple scans. Repair is most appropriate.

(4) The method for repairing various dimensional damage points on the surface of fused silica optical elements is studied. The results show that CO2 laser can be used to repair damage points with a lateral size of fewer than 400 μm and a depth of fewer than 200 μm; for a lateral size of 400 μm and 600 μm and a depth of 200 μm and 300 μm The damaged points are repaired by a combination of HF etching and CO2 laser.

(5) During the repair process, there will be an ablation debris and bubble generation mechanism that affects the threshold of the repair point. It can be divided into two types: light ablation and severe ablation. Large spotlight passivation and HF etching can be used to remove it.

Previous: Properties of optical components made of calcium fluoride

Next: Why is fused silica the crucial material in optical applications?