Among infrared lasers, 1064nm Nd: YAG lasers are widely used in various high-tech fields. YAG is currently the laser crystal, which matrix with the most excellent comprehensive characteristics. After being doped with neodymium (Nd), it outputs 1064nm of light. The maximum continuous output power reaches 1000w. After improvement, LD (laser diode) pumping is often used to improve the efficiency of the laser and meets the application requirements of high efficiency, high power and long service life of the laser. 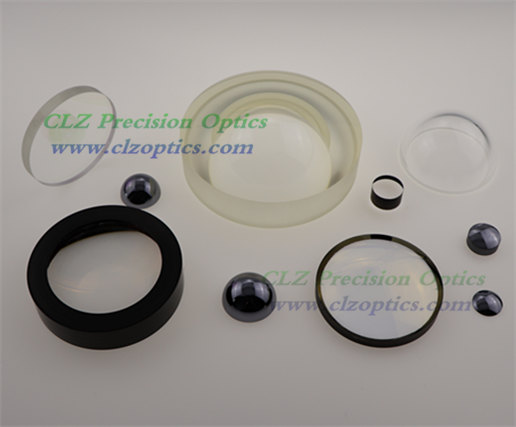 In order to adjust the parallelism of the laser beams before launching, two mirrors with anti-reflection coating and high-reflection coating are used to combine the 10.6um infrared laser and 500-700nm red light into one beam to increase the using rate of red light. When adjusting, the mirror with anti-reflection coating is used to adjust the intersection angle of the two beams. The high-reflectivity mirror reflects the combined light to the lens. The lens focuses the light from the mirror to the CCD to control the spots of the two beams and calculate the parallelism. After completion, remove the AR coating mirror so that the two laser beams can be emitted through the same folding axis optical system and collimation system. This technology can be used in aerospace technology for laser measurement of distance.

The triangular laser cavity is usually composed of two flat mirrors and a spherical mirror. Through precise cavity tuning, optical engineers make the optical path of the triangular laser resonator a closed optical path to achieve the effect of self-excitation oscillation in the resonant cavity. At the same time, the cavity tuning of triangular annular cavity is also directly related to whether the resonator generates laser, and the accuracy of the tuning also directly affects the performance of the laser application (such as the accuracy of the laser gyro). The triangular ring laser can be used as a core component to make a laser gyroscope. It is widely used as a sensitive element in strapdown inertial navigation systems of various aircraft such as airplanes and rockets.

The four-mirror eight-shaped ring cavity is composed of coupling lenses, a plane mirror with anti-reflection coating, a high reflectivity plane mirror, a concave mirror with high reflectivity and a half-waveplate. The coupling lenses group collimates the beam from pump and magnifies the imaging effect. The transmission of coupling efficiency reaches 98%. The cooling system maintains the crystal temperature at room temperature to achieve stable laser output. The half-wave plate changes the direction of laser polarization. This design improves the stability of the laser longitudinal mode and output power, and improves the quality of laser beam.

Previous: What is the Operating Process of Fused Silica?

Next: What are the Small Details that Should be Paid Attention to in the Ordinary Use of Optical Glass Filters?