How do fiber lasers work?

Fiber laser is a device that uses rare-earth-doped fiber as the gain medium to generate laser output. Fiber lasers can be developed on the basis of fiber amplifiers. Because the fiber cores of fiber lasers are very thin, under the action of pump light, the internal power density of the fiber is high, which makes the laser energy level appear "population inversion" phenomenon. On this basis, a resonant cavity is formed into a positive feedback loop to form a laser oscillation at the output. 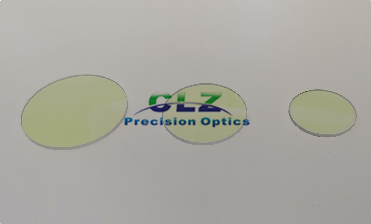 The structure of fiber lasers is similar to traditional solid-state laser and gas laser, mainly composed of three parts: pump source, gain fiber, and resonant cavity. Among them, the pump source is generally a high-power semiconductor laser, which is used as external energy to make the gain medium achieve population inversion. The gain fiber is a glass fiber doped with rare earth elements, which is a gain medium used to generate photons. The resonant cavity is generally composed of two mirrors for feeding back photons and amplifying them in the working medium.

The pump light emitted by the pump source is coupled to the gain medium through the reflectors. Because the gain medium is a rare-earth-doped fiber, the pump light is absorbed, and the rare-earth ion that has absorbed the photon energy undergoes energy level transition and realizes the population inversion. The inverted particles pass through the other mirror, transition from the excited state to the ground state, release energy, and form a stable laser output.

Rare earth doped silica fiber lasers are based on mature silica fiber technology, so low loss and precise parameter control are guaranteed. Proper selection can make the fiber work in single mode at both the pump wavelength and the lasing wavelength, and achieve high pump efficiency. The ratio of the surface area to the volume of the fiber is large. The heat dissipation effect is very good. Therefore, the fiber lasers generally only with a low-power pump achieve continuous wave operation. Fiber lasers are easy to realize high-efficiency connection with ordinary fibers of various fiber systems. Therefore, it has great application values, not only in optical fiber communication and sensing, but also in medical treatment, measurement and instrument manufacturing.

Next: What is the Difference Between Spherical Lens and Aspheric Lens?