The uses of convex lens and concave lens

A lens is a transparent material (glass or plastic) that has at least one curved surface. The shape of the lens causes light to bend in a specific way as it passes through the lens itself, either converging to a specific point or diverging from a specific point.

Convex (converging) lens -- converges parallel light rays to a single point on the optical axis, on the opposite side of the lens. 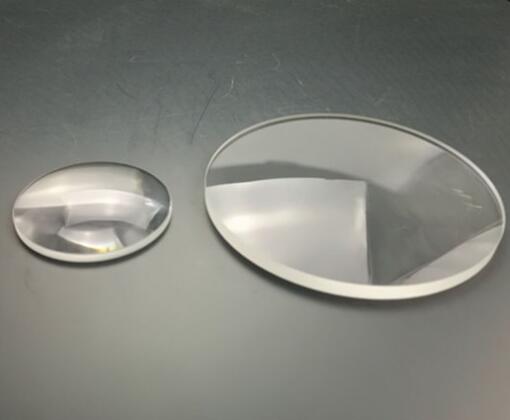 A person may become farsighted or nearsighted because the lens of the eye is unable to focus light properly on the retina. The lens of a person with hyperopia focuses the image behind the retina. As a result, it causes a person to have difficulty focusing on objects close to the eye. A convex lens, when placed in front of the eye, bends the light, thereby shortening the focus and allowing the light to be focused on the retina in the proper way.

Convex lenses are widely used in cameras, not only to focus images but also to magnify them. Almost all camera lenses consist of a convex lens, a concave lens, and a convex lens. The first lens controls the magnification of the image by moving away from or toward the object.

Different types of scanners, medical devices, CD and DVD players all use laser beams. Since laser beams are highly concentrated, they are spread out for the equipment to work properly. Small concave lenses are used to expand the laser beam to sharpen it into a specific area.

To improve the quality of photographs, combinations of convex and concave lenses are widely used by camera manufacturers. When only a convex lens is used as the main lens of a camera, it causes distortion in the photo, which is called chromatic aberration. By combining concave and convex lenses, these undesirable effects can be eliminated.

Concave lenses are also used in flashlights to amplify the light produced by a light source. The light falls on the hollow side of the lens, while the light diverges on the other side. This increases the radius of the light source, thus providing a wider beam.

A peephole or door viewer is a security device that allows a panoramic view if there is an object outside the wall or door. A concave lens is used to minimize the scale of the object, giving a wider view of the object or area.