What is the Difference Between Ordinary Glass and Quartz?

As a Fused Silica Windows Manufacturer, share with you. 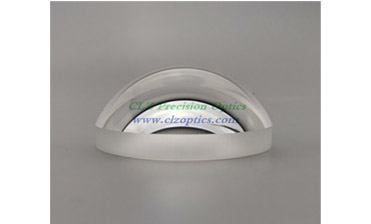 The difference between ordinary glass and quartz

Quartz glass is a special industrial technical glass made of silica, which is a very good basic material. Quartz glass has a series of excellent physical and chemical properties, such as:

1. High temperature resistance. The softening point temperature of quartz glass is about 1730℃, and it can be used for a long time at 1100℃, and the temperature can reach 1450℃ for short-term use.

Glass: A relatively transparent solid substance, the main component is silica. It is widely used in buildings to block wind but transmit light.

Fused silica and quartz glass itself are the same substance, with exactly the same properties, there is no difference.

Fused quartz and fused quartz glass are the same. Fused quartz is a glassy solution, and the temperature is usually over one thousand two hundred degrees.

The basic characteristic of glass is short-range order and long-range disorder.

Fused quartz can crystallize during the cooling process to form regular quartz crystals, which is not quartz glass. Quartz glass is formed of fused silica with or without crystals.

Fused silica and quartz glass are the same substance. In the past, fused silica was used in the translation of Soviet materials. Later, when I studied Europe and the United States, I used the term quartz glass.

Our company also has Fused Silica Mirrors on sale, welcome to contact us.