A spherical lens is an optical element made of a transparent substance with a spherical part of its surface. There are six types of lenses. They play an important role in the fields of astronomy, military, transportation, medicine, and art. A lens is a refracting mirror whose refractive surface is two spheres, or a sphere with one plane of transparency. It has a real image or a virtual image. Lenses can generally be divided into two categories: convex lenses and concave lenses. The central part is thicker than the edge part is called convex lens, there are biconvex, plano-convex, concave-convex three; the central part is thinner than the edge part is called concave lens, there are biconcave, plano-concave, convex-concave three. 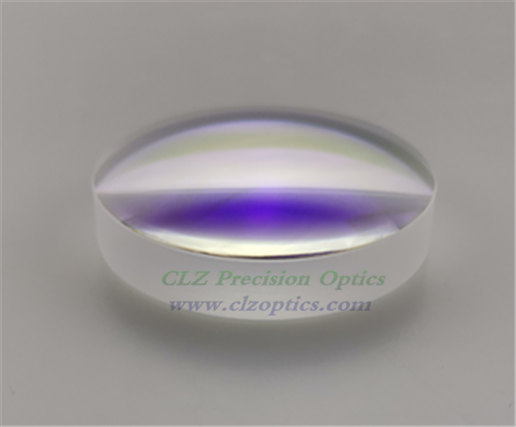 A convex lens has the effect of converging light, so it is also called a "converging lens" or a "positive lens" (for nearsightedness and presbyopia). Convex lenses are used for magnifying glasses, glasses for presbyopes and farsighted people, cameras, movie projectors, microscopes, and the main axis of telescopes.

Concave lenses are also known as negative spherical lenses, the center of the lens is thin and the periphery is thick and concave, so they are also called concave lenses. Concave lenses have a diverging effect on light. Parallel light through the concave spherical lens deflection, light divergence, become divergent light, it is impossible to form a real focal point, along the reverse extension of the divergent light, in the same side of the projected light intersection at the F point, the formation of a virtual focal point. The image formed by a concave lens is always a smaller, upright, virtual image of the object, and concave lenses are mainly used to correct myopia. Concave lenses have the effect of dispersing light, so they are also called "dispersing lenses" and "negative lenses" (which can be used for nearsighted glasses).

convex lenses are composed of transparent mirrors with two sides ground into a spherical surface.

convex lens is refractive imaging into the image can be positive, inverted; virtual, real; put, shrink. The role of light concentration

Concave mirror is a reflection imaging can be inverted into a reduced or magnified real image, can also be orthogonal magnification of the virtual image. The role of light diffusion lens (including convex lenses) is to make the light through, using the light folded after the image of the instrument, the light obeys the law of refraction.

A concave lens can only form an orthogonal reduced virtual image

Are you interested in learning more about spherical Lenses for sale and how they can benefit you? Contact us today to secure an expert consultation!

Next: Types of Optical Windows