According to the refraction of light and Snell's law, light will be refracted at the interface between the optical material and the air, resulting in a change in the direction of light propagation. Parallel rays of light converge to a point after passing through a double-convex lens and plano-convex lens. They diverge after passing through a double-concave lens and plano-concave lens. After the optical design, optical lenses converge and scatter the light, which plays the role of collimation, relay and imaging. Due to the different shapes of optical lenses, the light transmission effect, imaging effect and spherical aberration are also different. 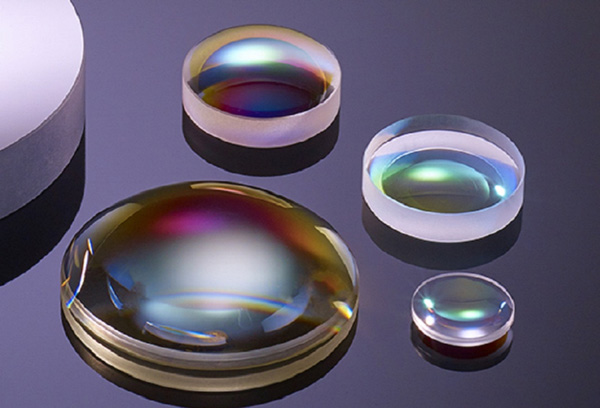 Plano-convex lenses are suitable for the following situations:

2. Object and image are located at different distances from spherical lenses.

3. The object is at infinity and the image is in focus.

5. Turn the light of the point light source into a parallel light.

When the convex surface of a plano-convex lens is located at the maximum object distance, its asymmetry minimizes spherical aberration.

Biconvex lenses are suitable for the following situations:

2. The object distance is equal to the image distance.

3. Converging the light of a point source.

4. Forming or transferring an image in an optical system.

Plano-concave lenses are suitable for the following situations:

2. Offset the aberration of optical systems.

Bi-concave lenses are suitable for the following situations:

The object distance and the image distance are close to the same infinite conjugate, and the incident rays are convergent rays.

Next: Properties of biconvex lenses